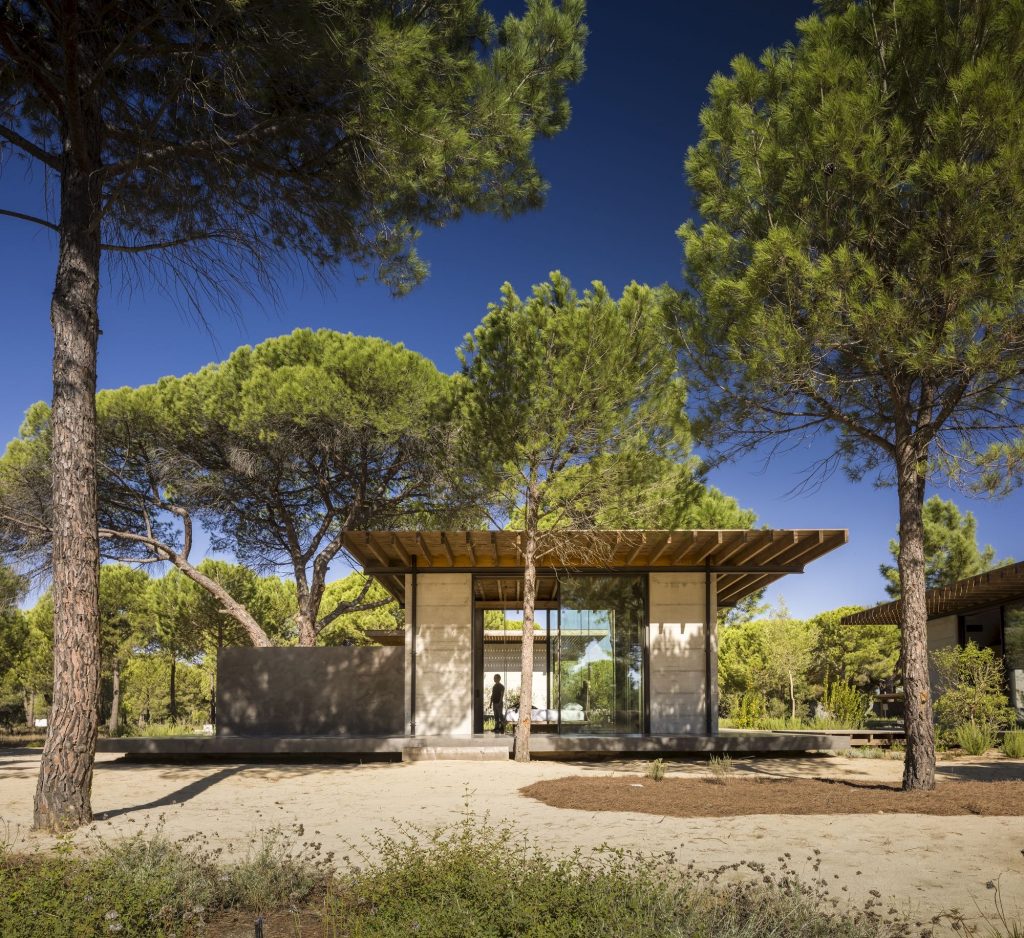 Located in Comporta, MJA house results from an extension of the existing house on site. The project is made up of four distinctive volumes that are perpendicular to the main house, a set of access paths, and a pool, the central piece of all these elements. The new volumes are defined by rectangular concrete platforms, […] 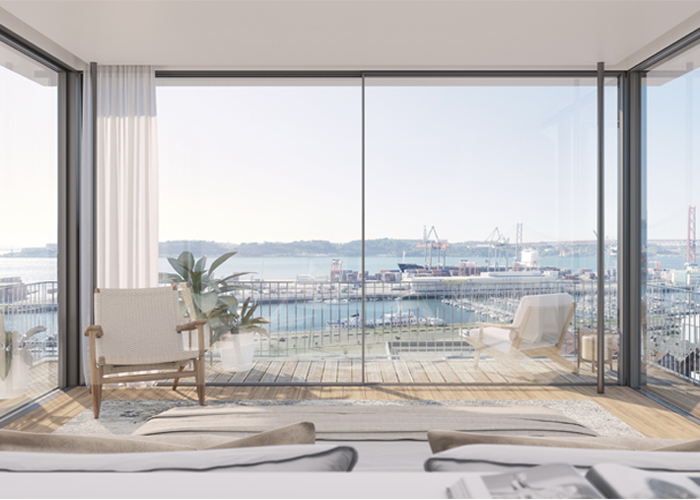 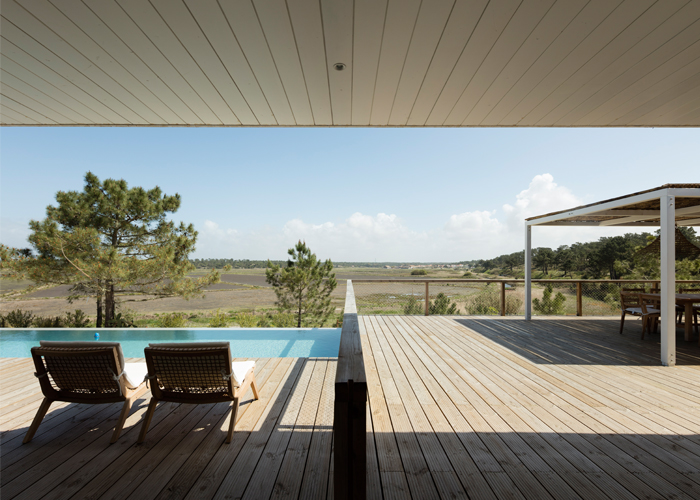 L10 is a single family house, composed of two separate rectangular volumes, parallel to each other and to the road on the West. They are arranged along the north-south axis, adapting to the topography and facing the rice fields to the east. The first volume is a wooden construction suspended above the soil and resting […] 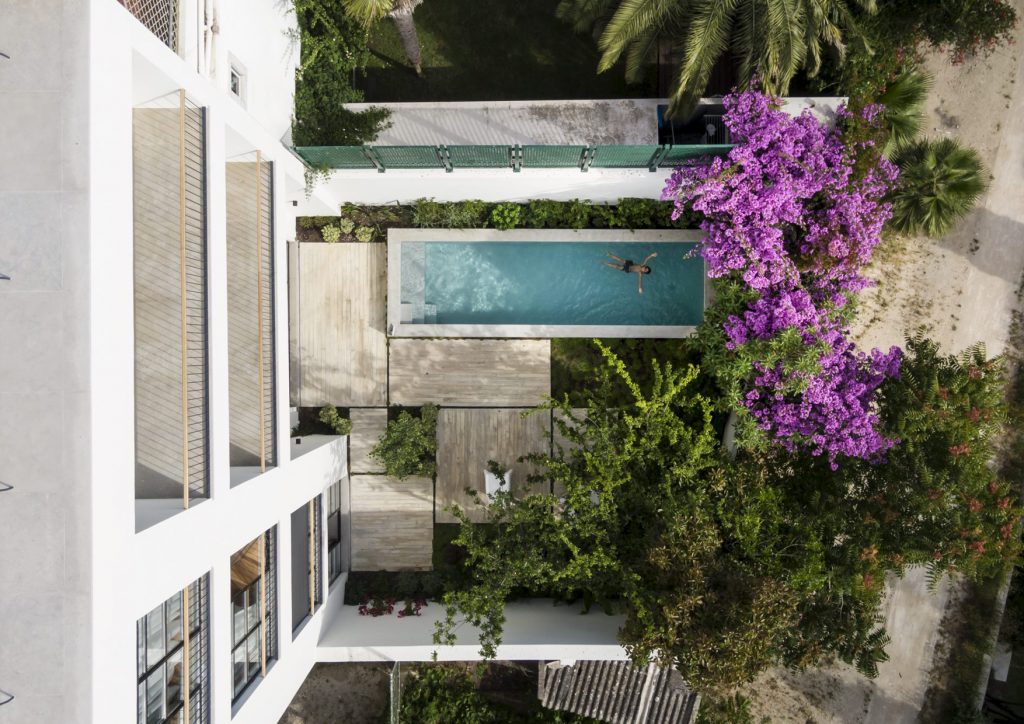 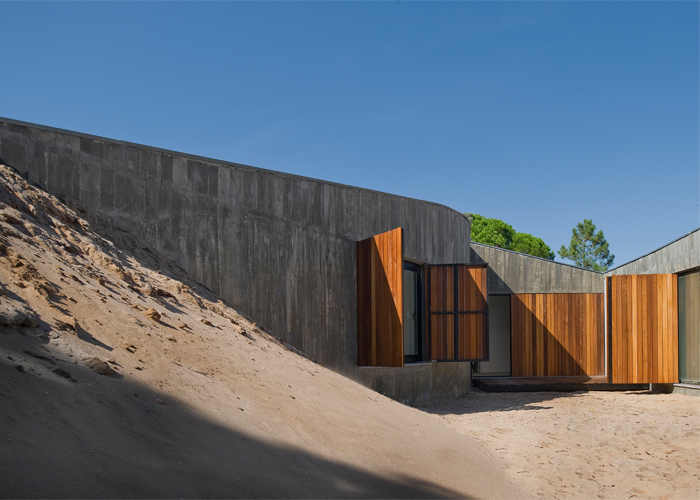 The Dune House project tries to establish a new relationship between architecture and landscape, by using the two universes into one unique group. The two artificial sand dunes connect the house to the landscape and extend its limits far away. In the middle of these two hills, four concrete arms shelter all living functions, in […] 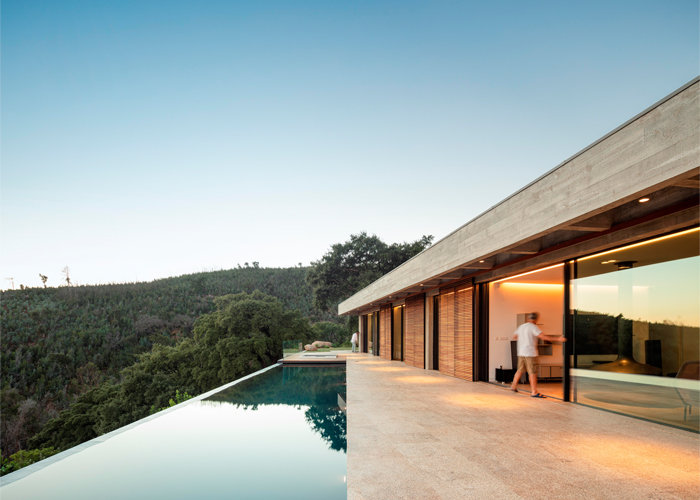 In the hills of Monchique, between ups and downs, taking advantage of an extraordinary situation is this single-storey house. Set in a southern slope, with access by small and winding tar road, lies over one of several existing terraces that tear the steep slope into small cultivable levels. It is in this scenario that one […] 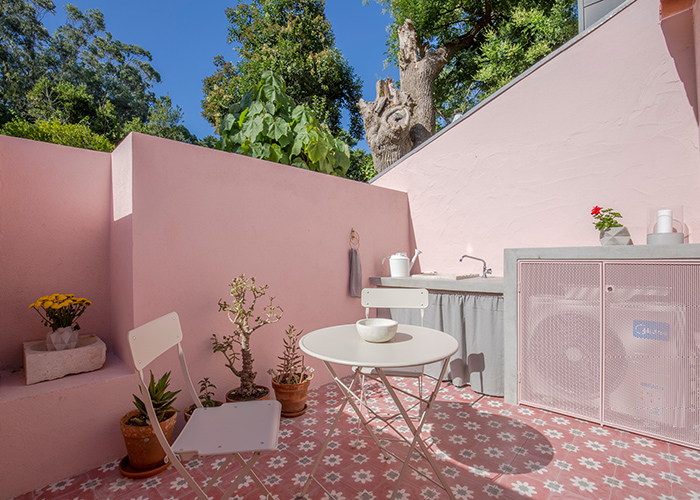 Like so many other buildings in Portugal, this has been a ruin for decades. Located in the nº 27 of square Largo 1º de Dezembro in São Pedro, Sintra, a world heritage village with a mountain full of Palaces, Castle, Convents, and other natural marvels. This small building was completely renovated to accommodate two tourist apartments. […] 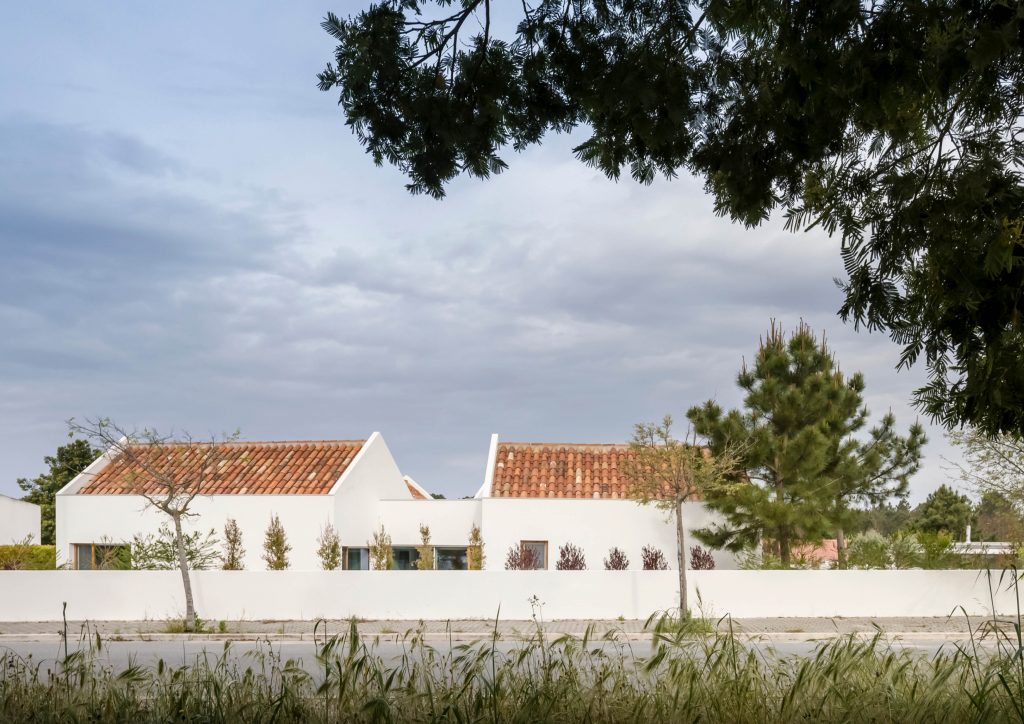 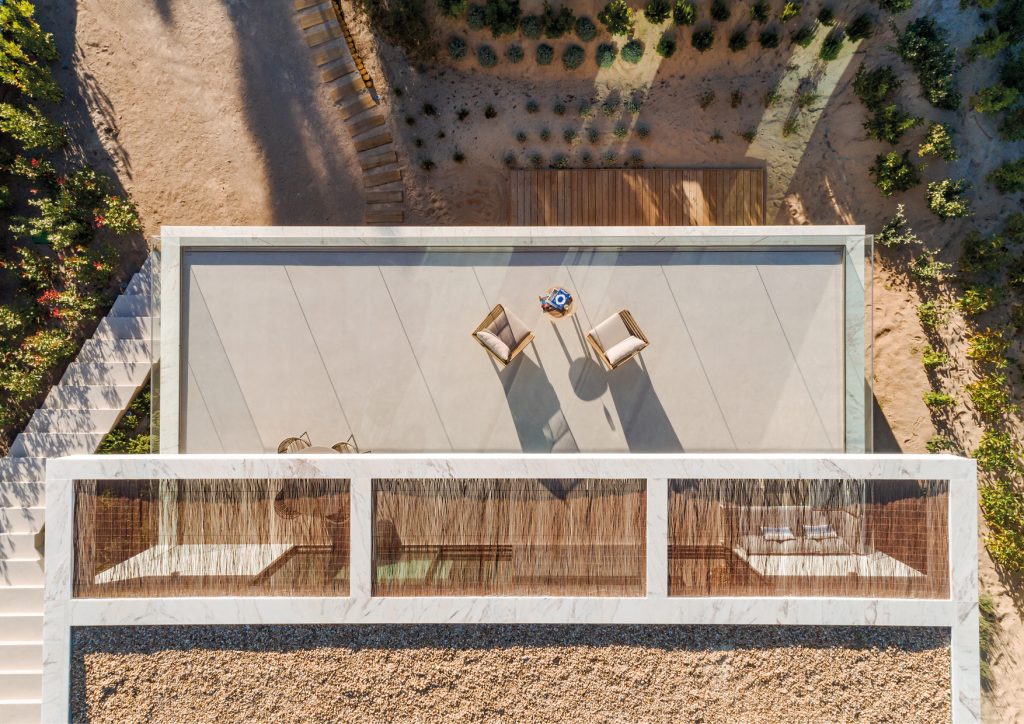 Located in Comporta, L2 House, inserts itself into a long and inclined plot. The projects placement on site is generated by the existing topographic conditions. By following the slope, two levels are formed recreating the topography as displaced extrusions of the landscape. Therefore, at the lower level, that is closer to the front of the […] 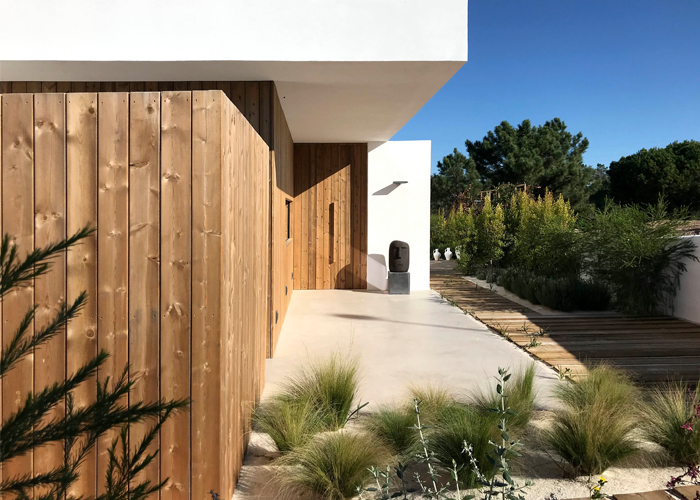